The recent interview of Jordan Belfort, a bitcoin bull nicknamed the Wolf of Wall Street, with Coindesk sparked discussion across Tether being a scam, the benefits of emerging DeFi, NFTs, other stablecoins, and the possible regulatory activities that may happen in the crypto world. 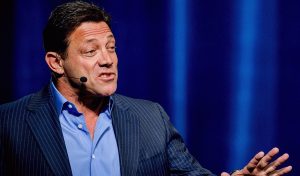 Is Tether (USDT) Really a Scam?

Tether as a scam became a burning question following the recent development of Tether issuer undergoing some fraudulent investigations. The federal prosecutors are charging Tether executives with a criminal probe over suspected bank fraud. This was the first question the Wolf of Wall Street answered as he appeared on the show.

He registered his displeasure and suspicions for the stablecoin by referencing his outcry from some years back. He mentioned that he has suspected this since 2017 and made it known. He believes that continuous expansion of USDT based on demand is ambiguous and not just natural for a coin. Although he mentioned that he had no direct evidence to support his claim, but he emphasized that Tether’s ability to solve civil matters made it close to being a fraud.

Likewise, he posited that Tether’s creation was to provide support for Bitcoin. He suspected that it is the primary goal behind USDT by making Bitcoin hit specific prices and give it a solid stand in the crypto market. That is, they created USDT to liquidate Bitcoin.

Are there Other Possible Scams in the Crypto World

When asked to mention a few things about other possible scams or fraud in the crypto space, he revealed his sadness at how individuals are using blockchain technology to perpetrate fraud. He was keen on coin creators carting away people’s hard-earned money with shitcoins.

He emphasized that shitcoins are found almost everywhere in the digital space. You can earn them via Telegram channels or other platforms, but they have little to no substantial value for a long-term run. Yet, they receive enormous publicity to kick them off as a worthwhile project. That is why some countries shut them down because they run a quick-gain trading model.

His emphasis rounded the promotional energy these shitcoins receive from popular crypto influencers creating a pump-and-dump trend. This pump-and-dump trend is a scheme to cart away a lot of money while leveraging people’s vulnerability.

Jordan called for regulation of these shitcoins. Otherwise, the real cryptocurrencies will suffer the loss, and some may go off the market. He believes that the federal effort to eliminate the illegitimate coins will produce a clean crypto market.

Is Tether Becoming a Shitcoin Soon?

This question met a final stronghold that Tether will not behave as other shitcoins. However, Jordan recognized the potential of some early days activities Tether executives engaged in and how that may affect the status of USDT in the long run. He claimed that those activities might affect them because they are almost documented. And it only takes some seconds to review those papers and reveal them.

Should the Crypto World be Regulated?

However, he suggested that government should move quickly into the crypto space and constituted some regulations to keep things in check. He proposed that Bitcoin may become something like digital gold if specific regulations occur.

The Wolf of Wall Street believes that recent Elon’s influence on Dogecoin prices was nothing but fun to Elon Musk himself. His expression focused on the public, only making it a piece of financial advice and made the pump-and-dump play more fun.

Jordan’s conviction rested on the belief that Elon must have started making it fun but realizing his market influence after the pump. Jordan never believed Dogecoin was worth his penny.

Jordan predicted possible price turnouts for Bitcoin and Ethereum. He made the panel realize that he may be unsure about the prices because there can be no absolute predictions by year-end.

He factored in the potential of Bitcoin and Ethereum to support other projects together with other factors—like its use cases of the smart contract—that will affect their prices. When compelled to give a possible prediction, Jordan said,

Do You Think Tether Will Vanish?

The Wolf of Wall Street defended the crypto market. He stated that the crypto market would exist and maintain its financial potential if Tether doesn’t exist. However, he noted that the disappearance of USDT would affect the crypto world for a little while, and everything will return to normalcy because there are always alternatives.

On Monday, the crypto world experienced another entrance of a prominent hedge fund group. Brevan Howard announced its entry into the digital

The concept of tokenization is not a new creation. Back in the empire state history, the British Empire used token when there

Gary Gensler, the Chairman of the US Securities Exchange Commission (SEC), yesterday informed that the regulator is working tirelessly to create crypto