The largest Russian financial body will start tracking cryptocurrency transactions after the government disbursed $200,000 for a company (RCO) to build a tool for tracing crypto activities across the nation. While the government is doing that, another court is romancing Bitcoin involvement for a citizen. 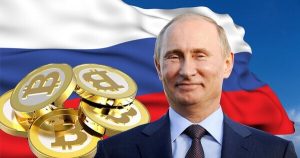 The Federal Financial Monitoring Service of Russia, called ROSFINMONITORING, is working closely with a company (RCO) to create a tool to track crypto activities across the nation. RCO is a famous IT company in Russia backed by the nation’s largest bank, Sber.

RCO signed a contract with the federal institutions to create the platform after being awarded 14.7 million rubles, approximately $200,000. This platform aims to remove the anonymity of each cryptocurrency trading activity and reveal the real intention behind every crypto trading activity.

The federal institutions partnered with RCO to further establish their claims of regulating crypto activities across the nation. They believe that cryptocurrency is becoming the best tool for individuals or groups to conduct illicit activities within the country, such as drug trafficking, illegal arms trade, and terrorism.

As a result, the platform will be designed to keep in check the movement of cryptocurrency across platforms while revealing the source or location of the trade initiator. This platform will keep crypto users’ wallets information, monitor their activities, and track how it affects the national financial status and its economic impact.

With that, the Russian government believes that they are creating a network of law-abiding financial bodies. This is against the Chinese government’s movement towards Bitcoin. Russia is not preventing the growth of or prohibiting cryptocurrency in the country. Instead, they seek solutions against the illegal use of crypto and monitoring its effect on economic clampdown.

The new tool RCO is creating for Russia’s Federal Service for Financial Monitoring—also called Rosfinmonitoring—is not the Russian government’s first move against cryptocurrency. Their first call occurred last July when they passed a bill that prevented Bitcoin and other cryptocurrencies from being used as payment options.

This bill, “On Digital Financial Assets,” legally defines a digital asset and permits crypto trading across Russia but prohibits it from being used as a payment option. On the other hand, the Russian government deploys a crypto analytical tool to track activities of major cryptocurrencies like Bitcoin, Ethereum, and Dash (DASH)—a privacy-focused crypto coin.

This AI tool got the name “Transparent Blockchain” and can reduce anonymity while revealing specific information about individuals involved in illegal activities through cryptocurrency.

While the government established their claim to be only about tracking trading activities, we can’t be sure they won’t go the extra mile with different restriction levels. Some experts believe that with such technology, officials do not need crypto exchanges to track crypto trading activities. They claim that knowing the user’s IP address can reveal the user’s data, and wallet activity can reveal the user’s time zone.

However, it is crucial to understand that cryptocurrency transactions are not entirely anonymous—even without AI tracking tools—as claimed. Law enforcement agencies across different countries have been catching up with individuals perpetrating evils with cryptos.

Is Russian Lenient with the Crypto Ban?

Some Russian lawmakers now seek amendments to the bills for partial reversal on the ban and allow the crypto to be a payment option under contractual terms. This means that the payment is processed based on the consent of all crucial parties overseeing the contract.

“We believe that it is necessary to make amendments to the Civil Code; the initiative is currently undergoing a necessary approval procedure. Currently, there is an understanding that digital currency is not legal as payment, but this payment method, quite possibly, can be contractual.”

With this, the officials believe that activities will be under regulations and corruption will be in check. 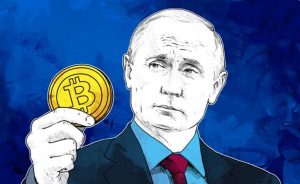 Russian fight against possible corruption activities disguising under crypto is intensifying. They just signed a new contract to create a tool that will track crypto activities across platforms. This tool aims to reveal the identity or location of the users.  As a result, the Russian government is fighting money laundering, terrorism funding, and other illegal activities conducted under crypto.

On the other hand, a court appears to be BTC-friendly after presiding over a Sberbank client’s case who filed a lawsuit against the bank. Sberbank believes he involves himself in illegal activities despite presenting evidence against their claim. Nonetheless, they didn’t lift the restriction despite the evidence. But the client appealed to a regional court and was favored.

A statement from the Sverdlovsk Regional Court’s press release mentioned that,

“Since the client disclosed the economic meaning of the transactions and indicated the source of the funds, the Bank had no reason to maintain the blocking of the bank card and limit the provision of remote banking services.”

Bitcoin Enters the Final Stage of the Major Bull Trend

Bitcoin (BTC), the largest cryptocurrency by capitalization, has unlocked another milestone after breaching past its initial market cap all-time high (ATH) of