Cryptocurrency Is the Next Internet: Mike Novogratz Claimed After Bitcoin Dropped on Tuesday

In a recent interview with Bloomberg on Tuesday, Mike Novogratz—CEO of Galaxy Digital—mentioned that Bitcoin’s price drop happened due to the excitement created by the false hype happening in the crypto space. He noted that about 4 billion dollars liquidation happened that same Tuesday.

What Caused the Dip?

Mark responded to this question while claiming that the recent hype caused investors to fall prey to a pseudo-stability. He posited that there was a lot of excitement in the crypto space due to the massive institutional influx into crypto participation. This, together with the eight-week price holding, created the false stability that crypto market prices, especially Bitcoin’s, will be stable and the price will take another spike.

Bitcoin’s price plunged around $42,800—which is the lowest price dive that had happened in a four-week interval. Instead of the drop, investors were optimistic that Bitcoin’s price would keep increasing due to the developments happening in the crypto industry.

An instance is the purchase of an NFT worth $150,000 by Visa Inc. and the advanced approach of eCommerce giants like Amazon and Walmart. These two big brands are seeking blockchain and crypto experts.

He went on to say in his recent interview that “There’s been a giant realization that crypto is not just Bitcoin being bought as a hedge against bad monetary and fiscal policy. More importantly, it’s the web 3.0.” Then, he mentioned how investors don’t want to miss out on the next internet like in the early days.

Mike mentioned how this could come with two sides. He claimed that governments would protect their national currencies because they are pertinent to their institutions. The government’s capacity to print currencies and obtain taxes is vital in their economic existence and stability. Thus, most will opt for the crypto payments method.

On the other hand, there will be an increase in the numbers and prices of stablecoins. That is because significant countries will leverage stablecoins’ creation to bring stability to their currency. This may result from individuals holding onto Bitcoin as an asset instead of using it for transactional purposes.

He went on to state El Salvador’s uniqueness in adopting crypto. He stated that about 20% of Salvador’s GDP comes from crypto remittances because locals keep their bitcoin while being worried about dollar’s behavior while converting and spending their Bitcoins.

There is no assertion that Bitcoin will be used as a transactional currency due to the price fluctuation. But there is optimism for that because who would want to spend an asset that keeps going high? 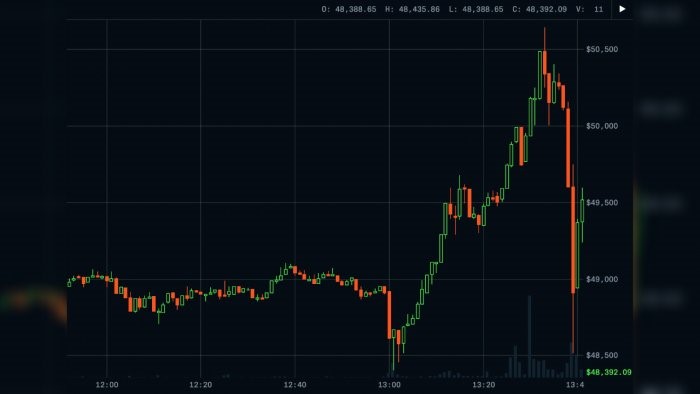 Mike claimed that the price fluctuation of cryptocurrency wouldn’t deter investors and users from using it for transactional purposes. That is because you cannot determine market price and stability over a short-term market chart. But the general acceptance that Bitcoin is an asset makes it nearly impossible to change individuals’ minds towards spending it.

When Mike—the CEO of Galaxy Digital—received another question about his views on the glitches that happened upon the rollout, he mentioned that the company behind the idea would keep optimizing for every new development they rolled out.

He mentioned that the real question should be if the technology is adaptable. Instead, he encouraged queries about how the technology is working out after six to twelve weeks of launching. He referenced the problems that arose when Obama launched Obamacare. But he is optimistic that they will get it right because serving on a large scale requires lots of work.

Meanwhile, Mike recently acquired BitGo—the company working with El Salvador’s government—for around a $1.2 billion crypto deal. However, those glitches are one of the reasons Bitcoin’s price plunged on Tuesday.

The Crossline Between Volatility and Sustainability

The defining power of any crypto coin is its economic purpose and a strong community willing to support it massively. This is what we see in the case of Solana, Cardano, and XRP. While those coins may not stay for long—as anticipated, they stood the test of time because they have strong community support.

While volatility may be a part of what determines coin acceptability, sustainability can bank on how its community can bring in more users and establish a sense of identity.

Meanwhile, regulators are not profoundly concerned too. That makes it a win-win for both parties.

On Monday, the crypto world experienced another entrance of a prominent hedge fund group. Brevan Howard announced its entry into the digital

The concept of tokenization is not a new creation. Back in the empire state history, the British Empire used token when there

Gary Gensler, the Chairman of the US Securities Exchange Commission (SEC), yesterday informed that the regulator is working tirelessly to create crypto